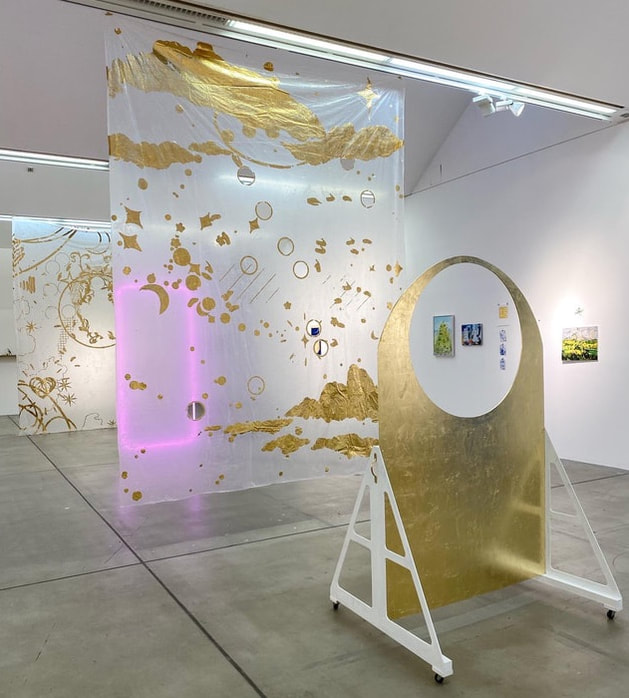 In its next iteration at Newcastle Contemporary Art, #Portal's paintings (originally created for the installation in Linz Austria), were revisited and combined with further additional elements including a suspended pink LED frame and a mobile golden frame. The form of this additional frame set on wheels is based on an icon from the collection at The British Museum. The Icon with four Church Feasts shows four biblical scenes depicted within gold arches; in the last scene the figure of Christ appears within a circular mandorla (a painted frame surrounding a divine figure in religious art). In #Portal, the golden arched frame is scaled up and the space of the mandorla omitted to create a large circular window at head height. Whilst the mandorla in the icon offered a way of seeing through into heaven at the moment of Christ's transfiguration, the sculpture's circular window acts to create new spaces through their framing. Complete with handles, the sculpture can be wheeled around providing a window onto the new spaces it delineates. New windows were also introduced to #Portal's paintings by cutting out small sections of polythene, these too created new ways of experiencing the work through windows which could be peered through. 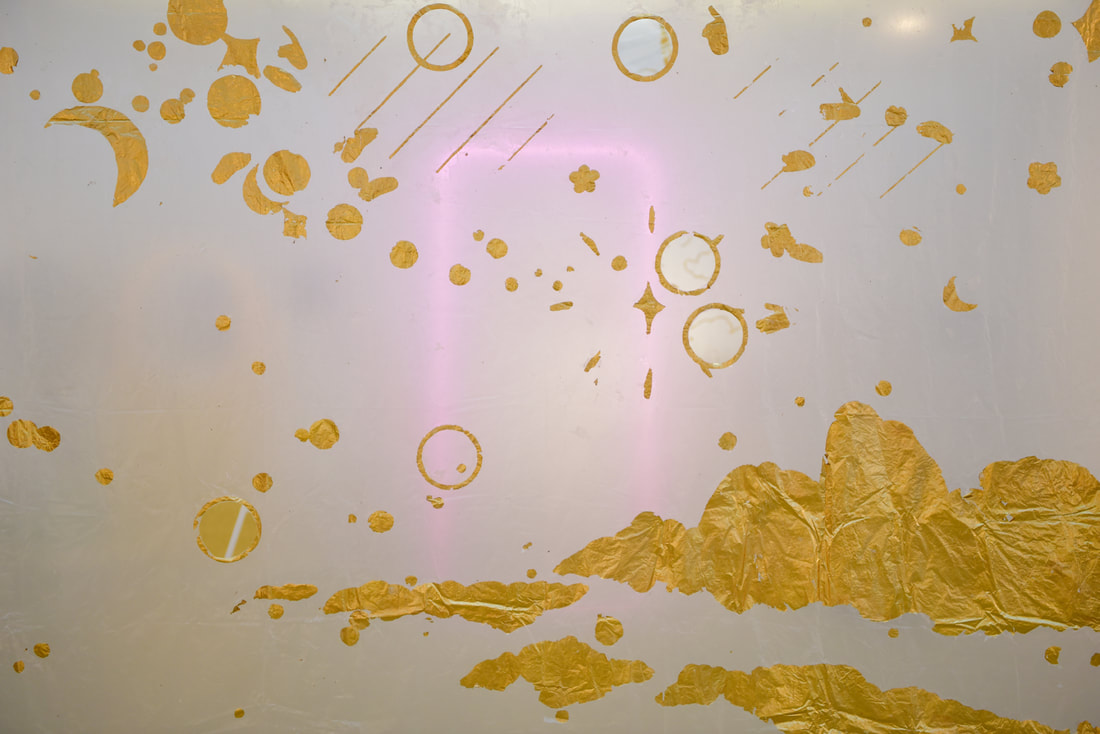