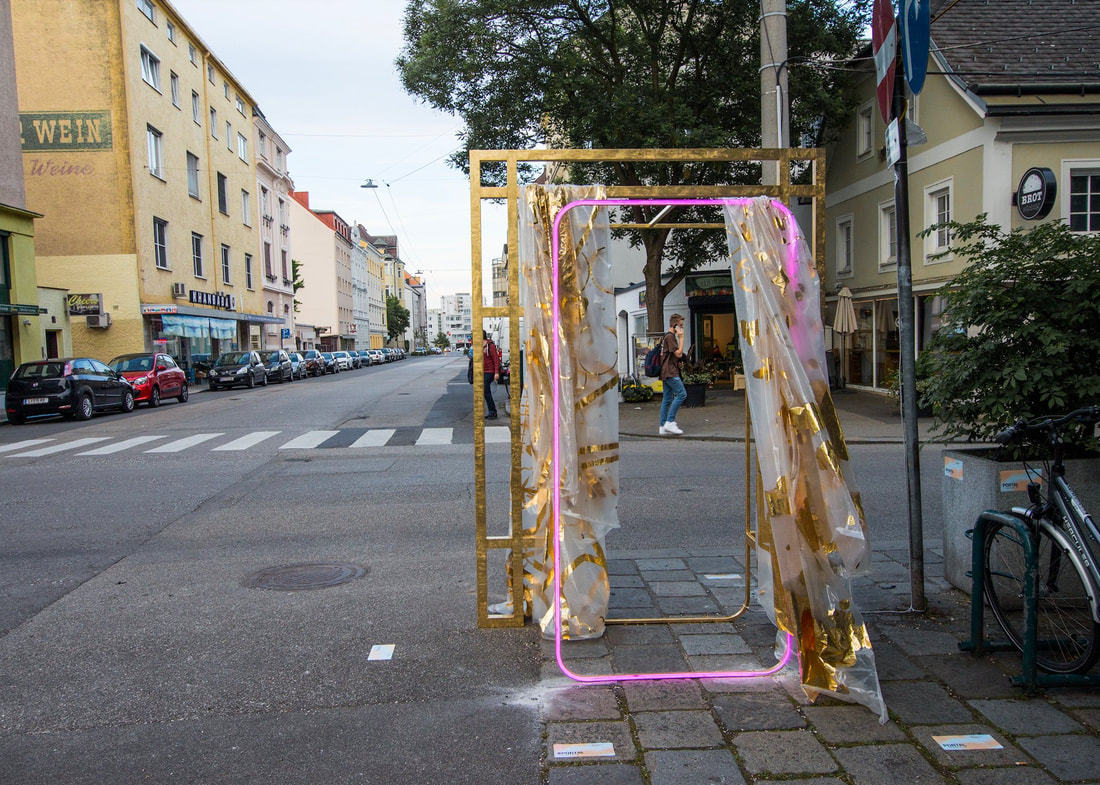 #Portal consists of sculptural and pictorial elements, comprising two large, gilded polythene sheets draped over a frame-like structure. This sculptural element of #Portal is composed of golden frames reminiscent of doors or archways, the outline of one lit with pink neon lighting. Two gilded polythene sheets constitute the pictorial component of the work; partially transparent, diaphanous paintings, these hang like curtains or veils over the top of ‘Portal’s sculptural gateways.

Both the sculptural and pictorial elements of the work blend forms and imagery derived from religious icons, selfie-filters and smartphones. The design of ‘Portal’s golden frames echoes the bezel of an iPhone and the compositional inclusion of an archway to frame the depiction of a miracle in a Russian Orthodox icon from the British Museum’s collection. In the gilded paintings, elements such as hand gestures, haloes and decorative features from religious icons are tangled amongst augmented reality adornments from selfie-filters. 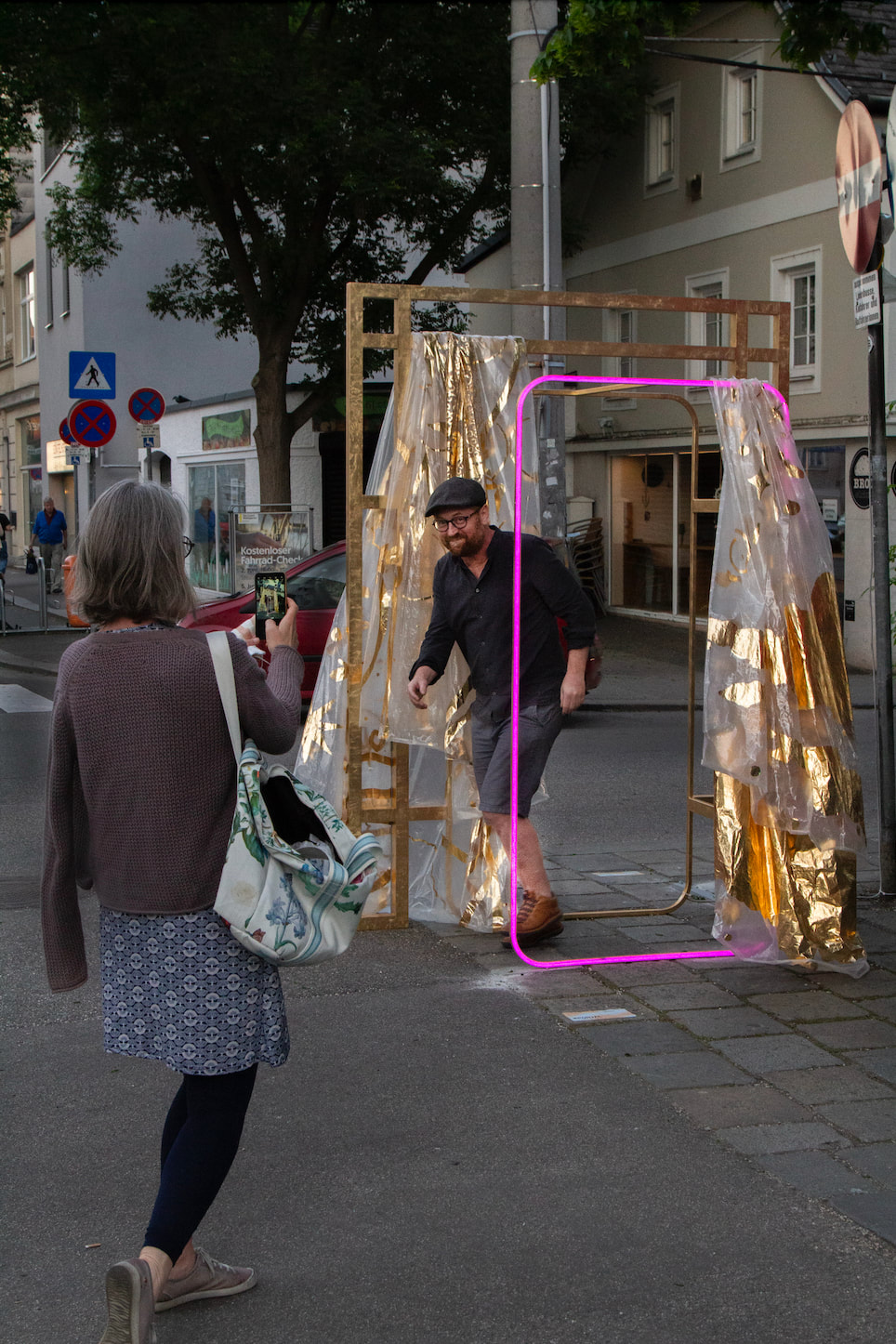 Through this combination of imagery borrowed from the sacred and the profane, both the sculptural and the pictorial elements of ‘Portal’ allude to the promises of proximity offered by both icons and handheld, networked devices. One offering us proximity to the divine, and the other offering us proximity to people, places and events geographically and/or temporally absent. The forms and decorative features appropriated from icons, smartphones and social media all orbit intangible bodies which in their original contexts are conveyed to us respectively as painted and digital faces – mirages; representations, recognisable but not real.

#Portal was created for LINZ FMR 2021 and developed during a residency at the Atelierhaus Salzamt in March 2021.

LINZ FMR – Art in Digital Contexts and Public Spaces is a biennial festival and format for artistic processes and positions, that reflects the ephemeral nature of our digital and connected present. The ever-advancing digitalization of everyday life implies an intense overlapping and layering of familiar physical, but also finely interwoven digital spaces. LINZ FMR focuses on the shifts, distortions and rifts that arise in this process and presents current artistic positions in this context.

The festival, whose title alludes to ephemerality and short-livedness, presents works whose initial ideas can be found in virtual and/or digital space or have a strong reference to it, but are shown (sometimes in a transformed way) in the physical surroundings of the city of Linz. The focus is primarily on the interstices that arise during these transformations into public space – outside of museums, galleries or art spaces. At the same time, LINZ FMR attempts to subject the concept of sculpture to a contemporary update and to reflect on questions of transience, ephemerality and obviousness.

The second edition of the festival, FMR 21, is curated and organized by the artist collective qujOchÖ, the net culture initiative servus.at, Atelierhaus Salzamt of the City of Linz, Department of Media Theories at University of Art and Design Linz and Sturm und Drang Galerie.
​
Find out more about LINZ FMR 2021 HERE.