​[Selfie-stick and silicone cast of the artist’s left forearm]
​Using a silicone most commonly used for medical prosthetics, a cast of the artist’s left forearm encases a selfie-stick. Where a hand might be instead there is a grip on which to mount a smart phone in order to photograph or video oneself on the front-facing camera the majority of smartphones are now equipped with. The title of the piece is an intentional misquotation of the name of the main character in the play ‘The Man Who Had Three Arms’ by Edward Albee. Herself is an ironic statement on the dependency and constant physical proximity we have with our hand-held devices today. 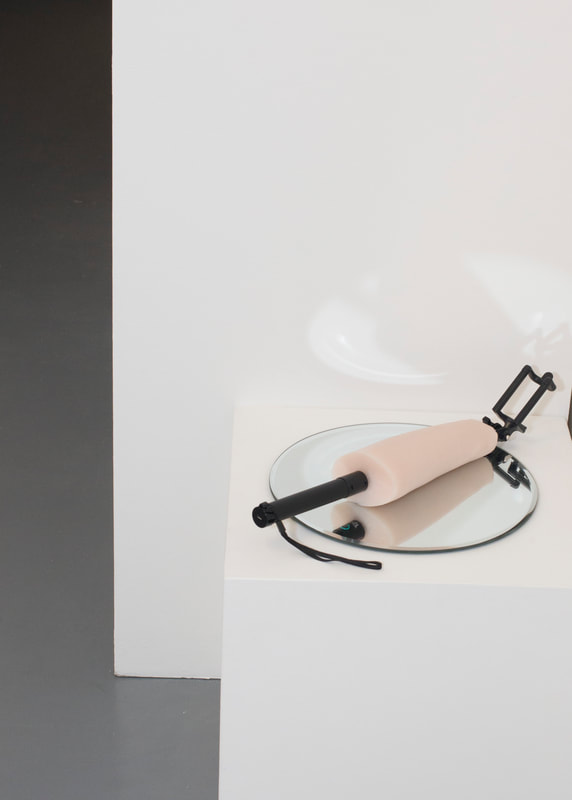 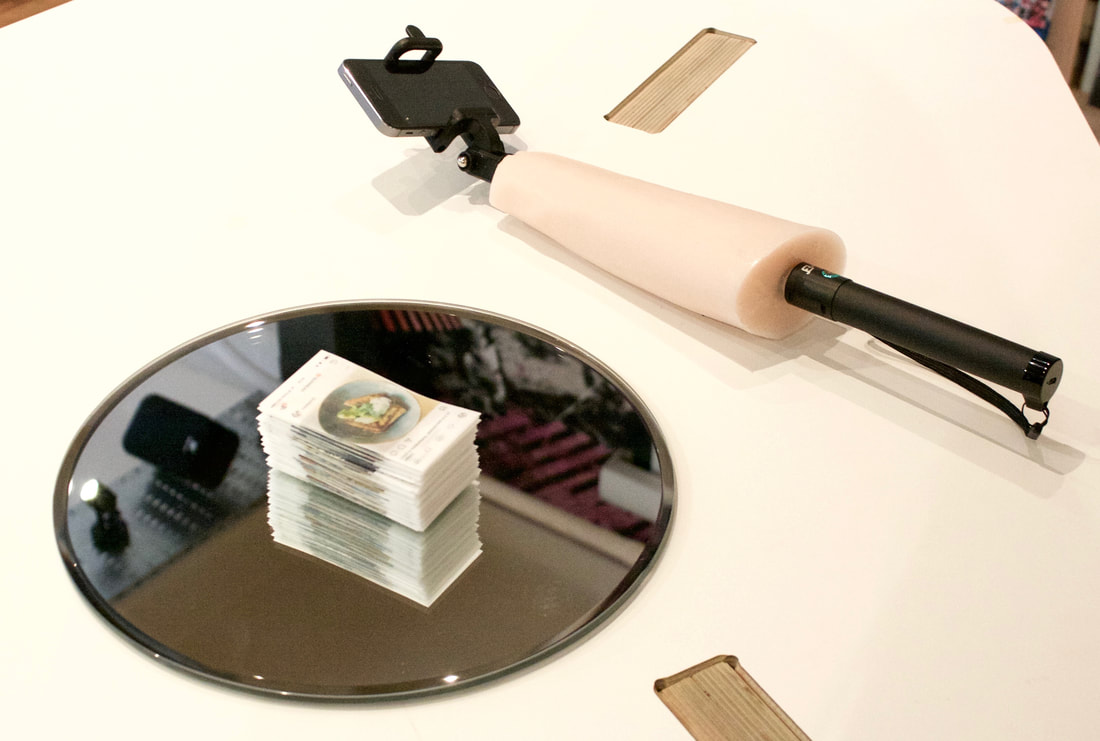